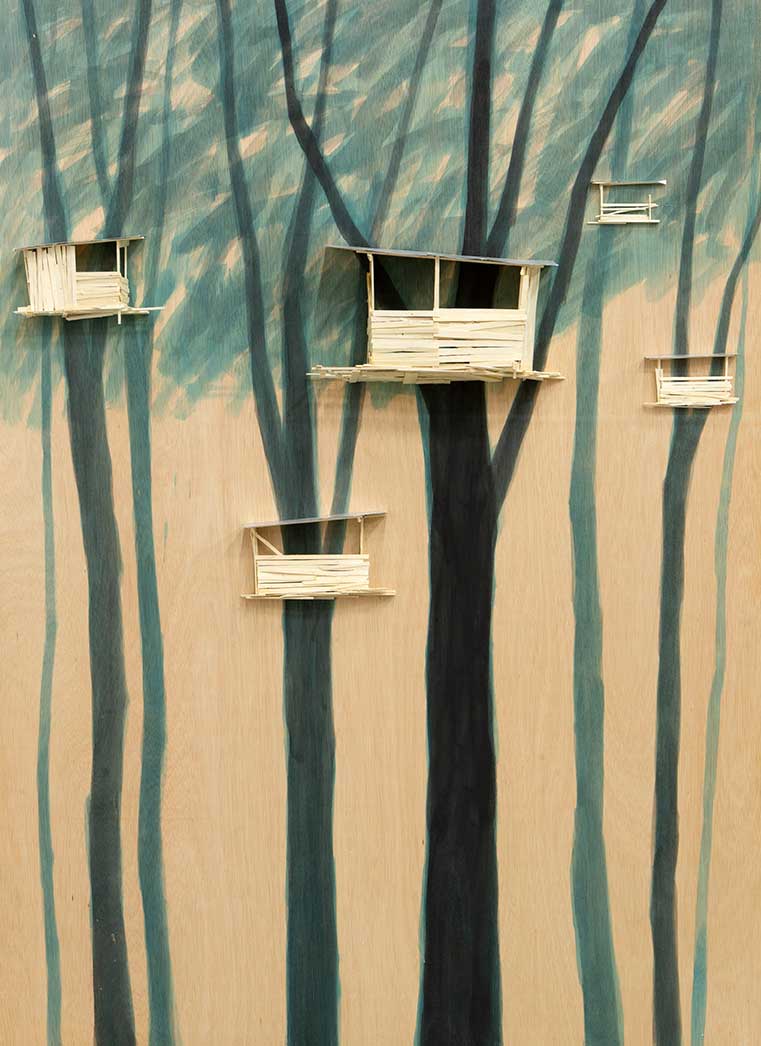 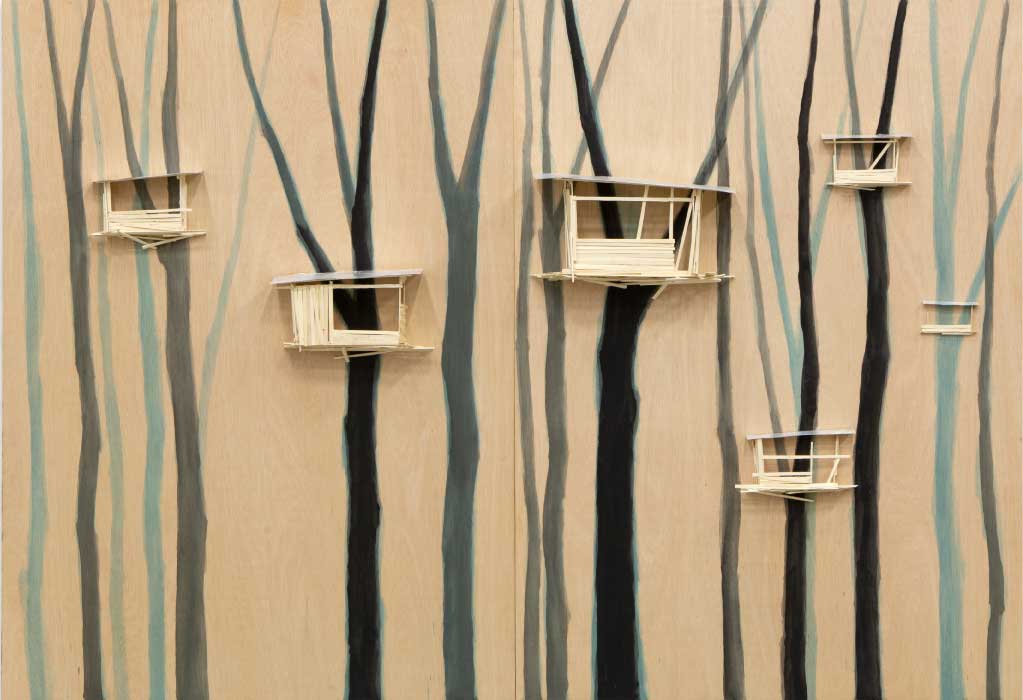 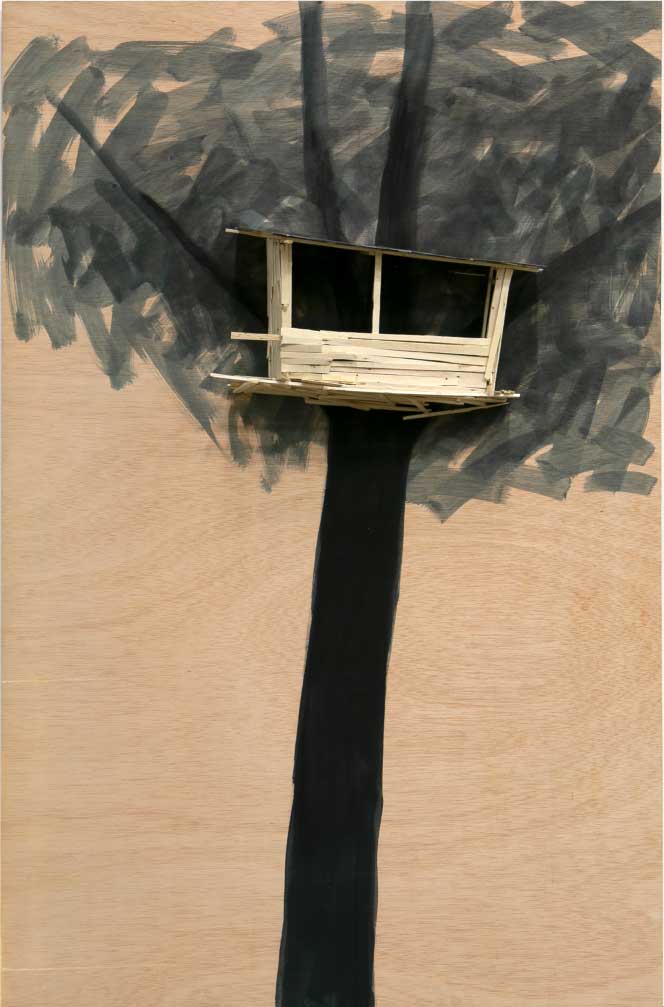 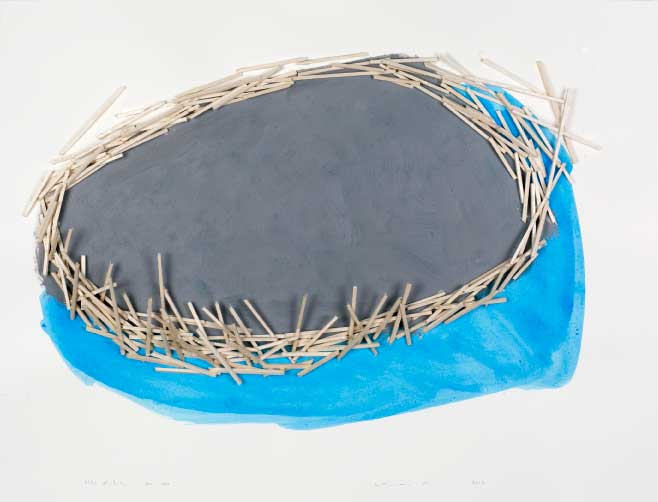 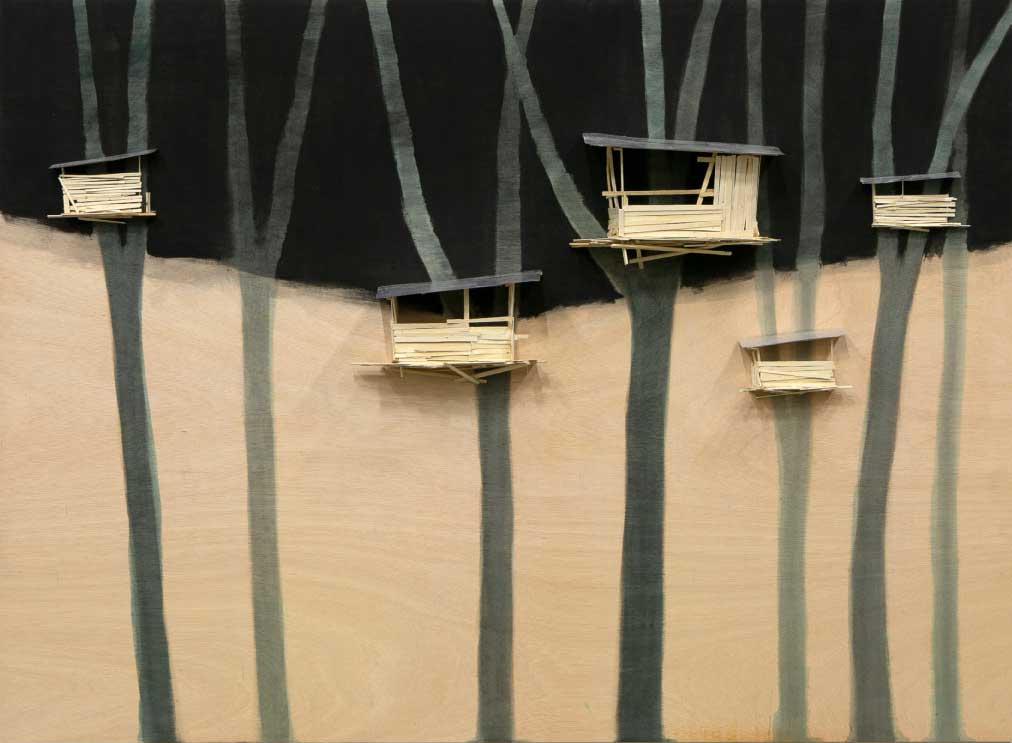 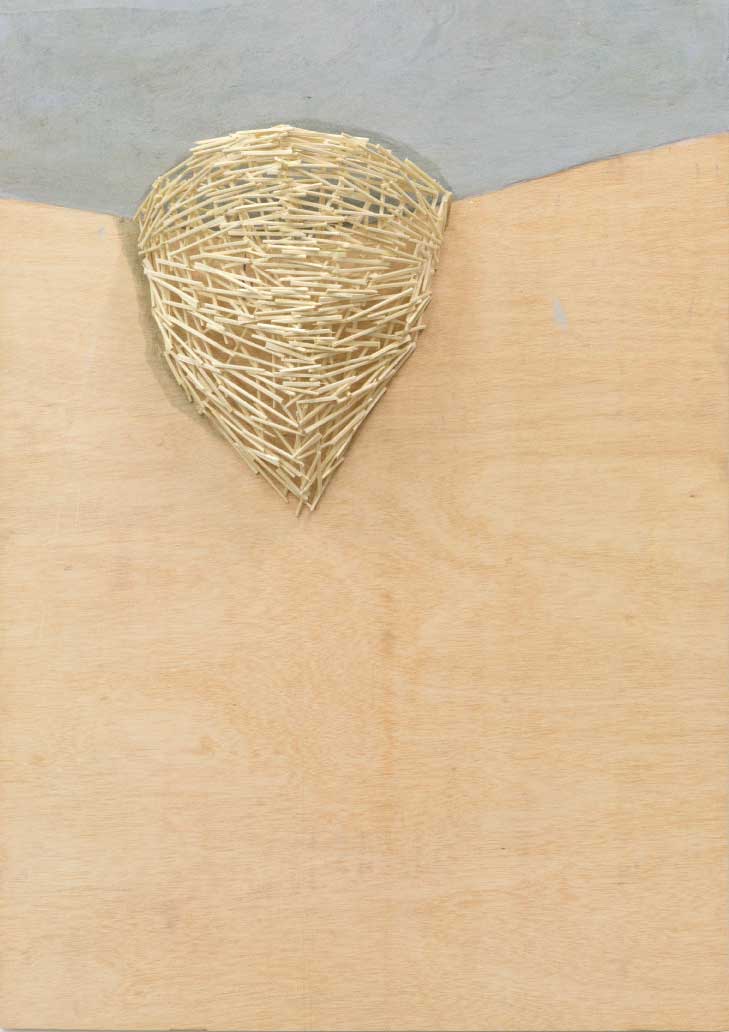 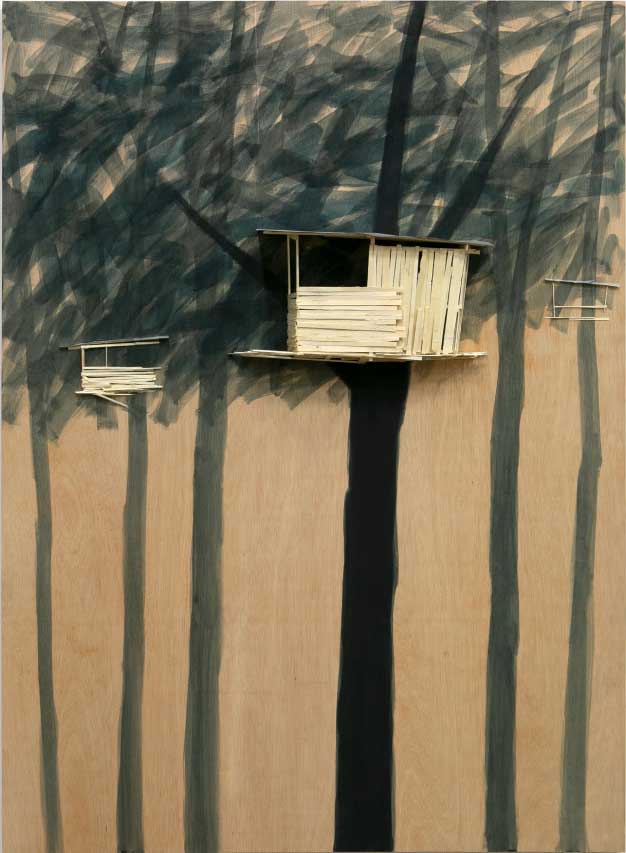 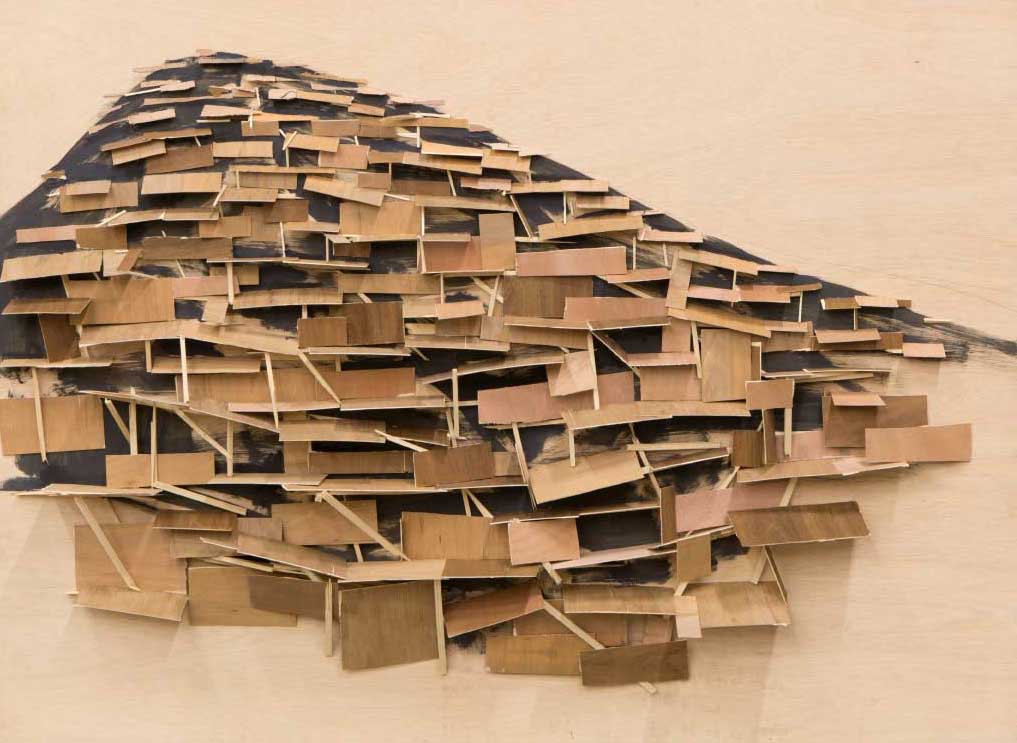 The major Japanese artist Tadashi Kawamata — who has participated in documentas 8 and 9 (1987-1992) and represented Japan at the Venice Biennale in 1982 — is famous for his site-specific interventions using assemblages of wooden planks, chairs, and barrels, with which he creates architectural structures that interrogate the built forms of our cities and the way in which we experience public space.

Working on the permanent tension between the powerful force of landscape and our both vulnerable and destructive civilisation, Tadashi Kawamata mentions that the human need for permanence in spite of the forces of nature has ecologically fatal consequences.

The artist has always worked on architecture, and more particularly on community spaces such as favelas, slums or shelters. For documenta 8, in 1987, he smothered the ruins of a bombed church in Kassel with lengths of timber, ivy-like, as if to counteract the effects of time. In 1991, in Ottawa and in Houston, he built structures that he called Favelas: “The idea comes from São Paulo and Rio de Janeiro. I was in residence (in São Paulo) close to the favela area; the police came and destroyed everything. After a week they started to rebuild, I found in this nomadic situation, this time cycle, a great influence on the idea of building and destroying while recycling the materials”. He did this again in Kassel the following year, but this time the installation was called People’s Garden. These favelas—in both their structure and their organization—gesture toward the idea of community, which is present in all of the artist’s projects.

With the Tree huts plans, the models remain as the only material evidence of Kawamata’s installations in situ, as seen with the huts at the Centre Pompidou or in Tremblay for instance. According to him, huts occur suddenly and unexpectedly in urban space and make everyone rediscovering and question it. Impermanence contributes greatly to the reflection on the social context and human relationships that is present in his work.

The Site sketches are a series of works on paper that Tadashi Kawamata has been developing for the last 10 years. He used, in a recycling process, the pieces of wood that have fallen to the ground and the rest of the paint from his installations to create drawings which transmit the quintessence of his thinking on place—space marked by human presence. These works are autonomous and don’t function as preliminary sketches to future installations, but rather what he calls ‘visions’. Last step resulting from his artistic research, the Destruction series can be seen as a continuation of Under the Water (presented at the Centre Pompidou-Metz in 2016), although here the eye changes position: it is no longer below the waste, but in front of it looking at the disaster. The title of the series and the tide of waste refer to a world threatened by ecological disasters but also to the tsunami that struck Japan in 2011 and deeply affected the artist. The immersive wall-sized panels can be seen as landscape-archives: device for reading the layered history of interactions between humans and their environment.