Antony Gormley (b. 1950, London) is world-renowned for his monumental and life-size sculptures, including the permanent public artwork Angel of the North in Gateshead, England and public art installation Event Horizon, comprising 31 sculptures of the artist’s own body, which appeared in different cities between 2007 and 2016.

His work is a continuing exploration of how bodies interact with, occupy and negotiate space, whether in largescale and life-size sculptures, or in invitations to enter spaces that articulate the relationship of the viewer to their surroundings. Important exhibitions of the artist’s work have been held at the National Gallery Singapore (2021); Royal Academy of Arts, London (2019); Uffizi Galery, Florence (2019);

Winner of the 1994 Turner Prize and a Royal Academician, among other accolades, his work is held in numerous collections around the world, including those of the Tate, Uffizi, Museum of Contemporary Art, Los Angeles, and Hirshhorn Museum and Sculpture Garden, Washington D.C.

Almost all of Gormley‘s work takes the human body as its subject, with his own body used in many works as the basis for metal casts. Gormley describes his work as “an attempt to materialise the place at the other side of appearance where we all live.” Gormley won the Turner Prize in 1994 with the work “Field for the British Isles.” Gormley has been a Royal Academician since 2003 and Trustee of the British Museum since 2007. 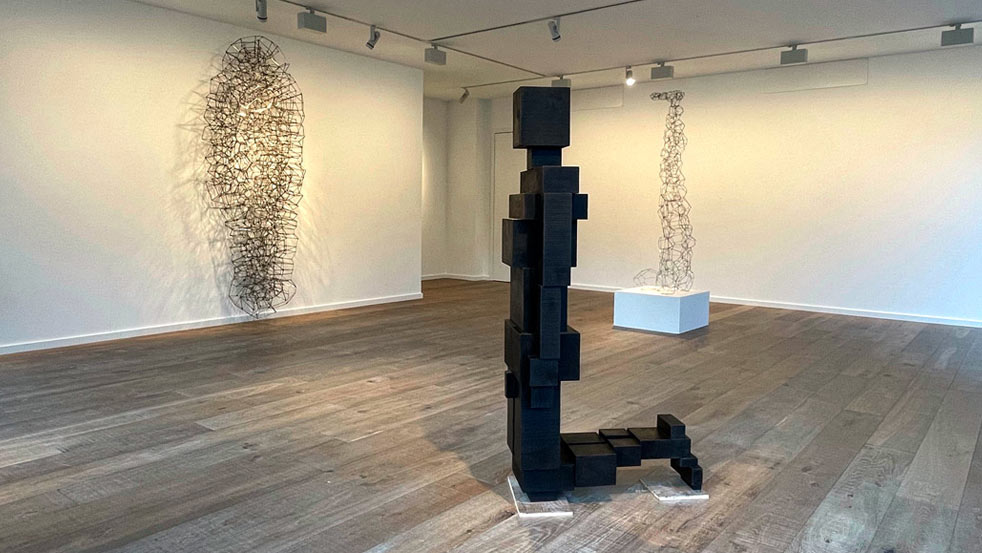