Born in Brussels in 1938. At the tender age of 12 he enrolls in the École du Pioulier, founded by Célestin Freinet and located in Vence in the South of France. Here he learns free and modern art and discovers drawing and ceramics.

During this period Pelletier starts showing solidarity and relief based on the principle of equality. This formation lends him a unique artistic identity. Georges Pelletier arrives to Paris in 1953 and continues with his drawing studies at l’Académie Charpentier meanwhile he still frequents Fernand Léger’s workshop. He enrolls the school of Métiers d’Art in 1955. Pelletier deepens into the world of ceramics during his time at Claude Pantzer’s workshop and the Potiers d’Accolay where he meets Raphael Giarusso with whom he will later share a work studio for over a year.

“Drawing is the starting point of everything. I started design at the same time as ceramics at l’école Freinet. It’s an art that has allowed me to address my creations.”

Pelletier opens his first studio in Paris in 1961. He is quickly signed up by Maison Bobois (now known as Roche Bobois), which spread and sold his light creations until 1973.

“I’ve always liked lamps, but my intention to create one has always been work in process. I took part in many exhibition fairs and the goal was to keep innovating, ‘in every exhibition there was always a new collection’. There are around ten lamps in my catalogue”.

Later on, Pelletier moves to Cannes where he continues his work with his son Benjamin on the conception of ceramic items, lamps, mirrors and other sculptures inspired in the 1960s. 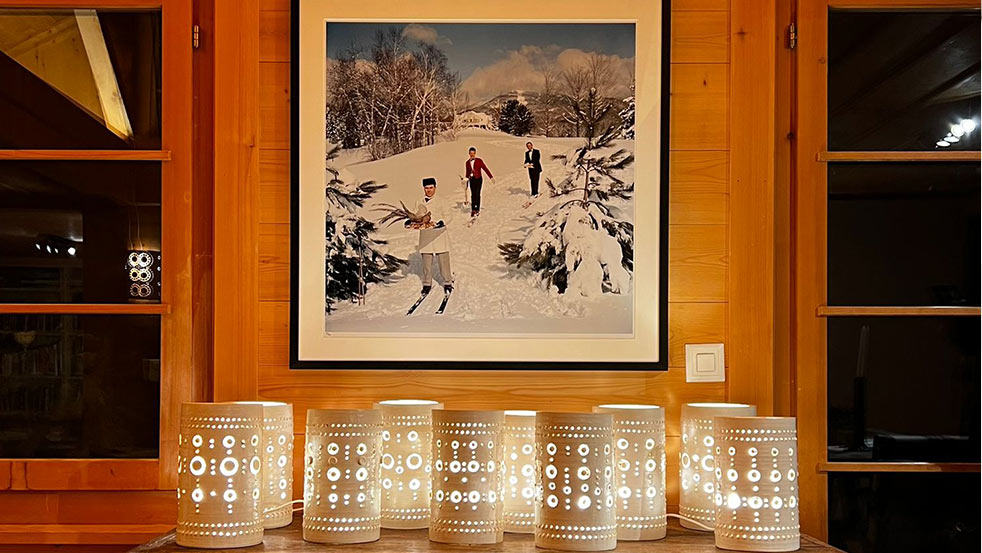