Born in 1971 in Tokyo, Jonathan Meese studied at Hochschule der Bildenden Künste, Hamburg from 1995-8; he lives and works in Berlin and Hamburg. Meese is a performance artist, painter, and sculptor and one of the most acclaimed German artists of his generation. His recent solo museum exhibitions include The Hague GEM Museum, Alte Nationalgalerie Berlin, Museum of Contemporary Art Miami, and CAC Malàga. Progressing Joseph Beuys’ concept of artist-as-shaman, Meese presents himself in his portraits as a fictional quasi-demonic character that both channels and ‘purifies’ the creative forces of art itself, with the aim of creating a revolutionary state of artistic consciousness. Meese’s practice is highly theatrical and brings together a wide range of cultural references from both history and popular culture; his paintings and sculptures adopt humorously exaggerated gothic aesthetics, brutal ‘faux-naive’ stylings, and extreme approaches to the physicality of materials. The texts in his works are often written in his own invented language. 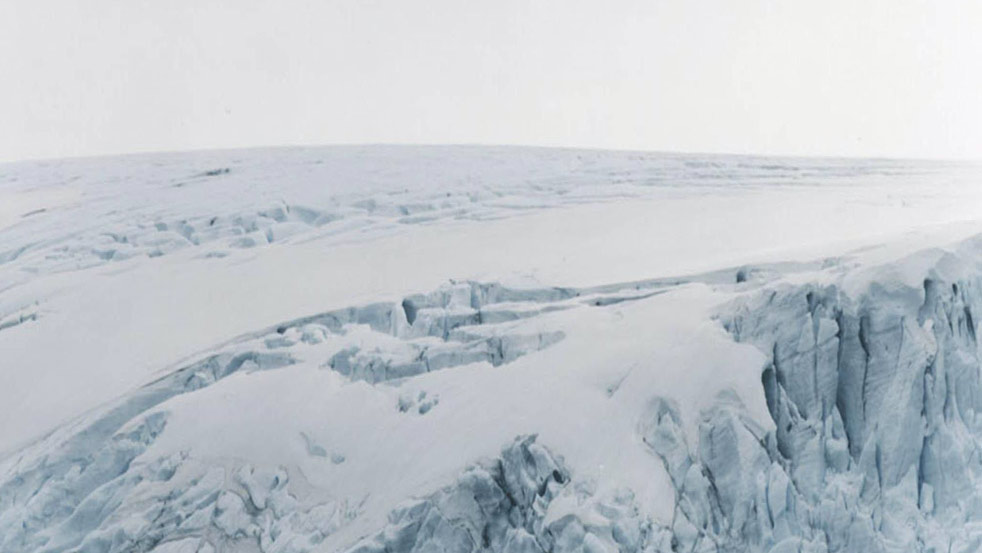 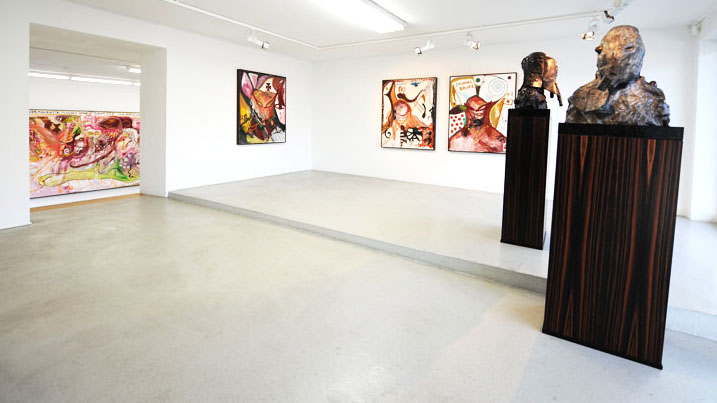 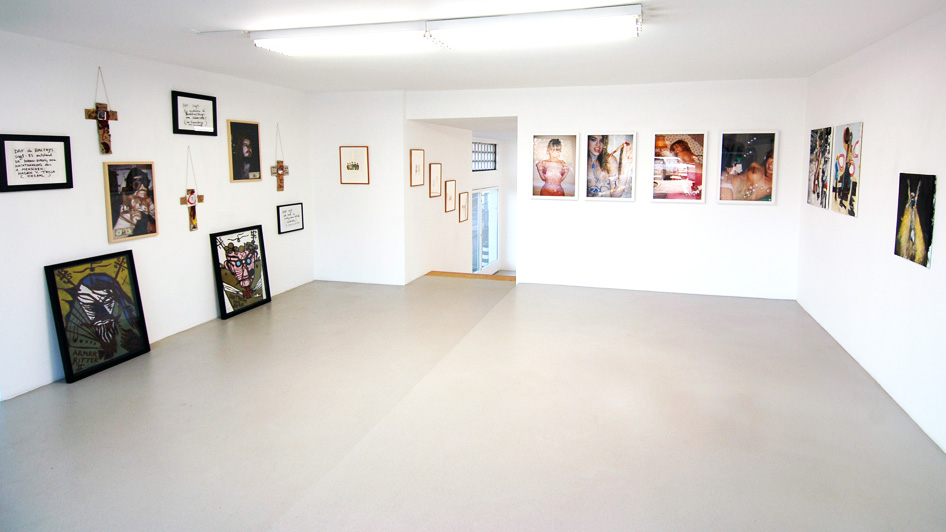