The Haas Brothers (twins, Nikolai and Simon Haas, b.1984) are American artists, noted for their sculptural works that blur the line between art and design. They currently work in Los Angeles, California.

Nikolai and Simon Haas were born in Santa Monica, California but grew up in Austin, Texas. Their mother, Emily Tracy, was an opera singer and their father, Berthold Haas, was a sculptor. Their older brother Lukas Haas is an actor. Simon Haas studied at the Rhode Island School of Design, while Nikolai focused on music with his band, RRIICCEE, in Los Angeles.

Their first collaborative project together was in 2009 when they created bespoke furniture for Tobey Maguire. This project led to other commissions for high-profile clients including Lady Gaga, Donatella Versace, and Peter Marino, which allowed them to formally open their studio in Los Angeles in 2010.

In 2013-14, they decided to relocate from New York to Los Angeles. They described the old studio as being too crowded and wanting to have more space for their projects.

As their practice developed, they moved from thinking about functionality first to “start[ing] with emotional content,” as Simon has stated. Their practice has expanded to include both small and large-scale sculpture in a wide variety of materials. 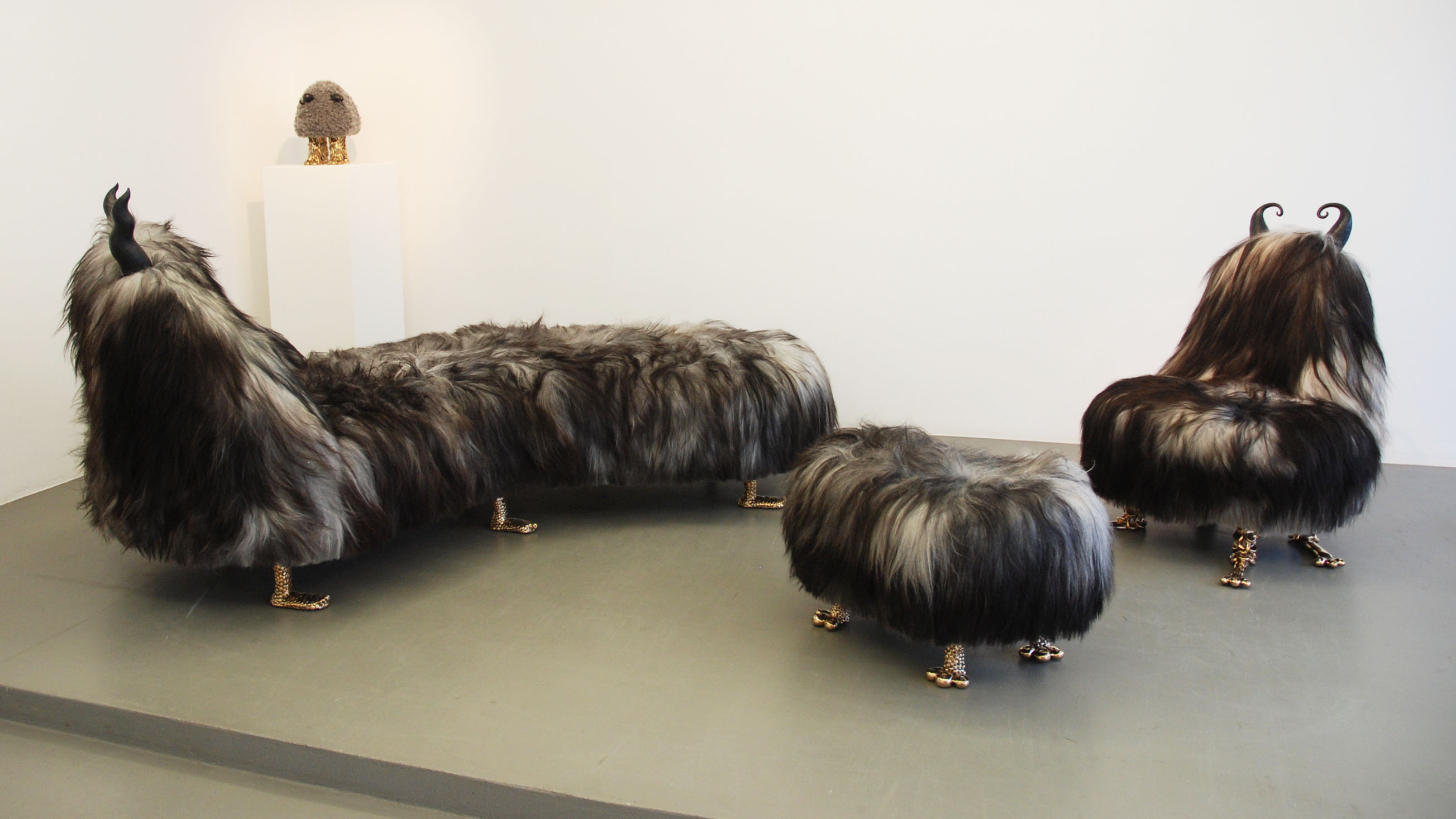 Haas Brothers is an American Postwar & Contemporary sculptor who was born in 1984. Their work is currently being shown at The Lodge in Los Angeles. Numerous key galleries and museums such as Marianne Boesky Gallery, NY Chelsea (507 W) have featured Haas Brothers’s work in the past.Haas Brothers’s work has been offered at auction multiple times, with realized prices ranging from $750 USD to $225,000 USD, depending on the size and medium of the artwork. Since 2016 the record price for this artist at auction is $225,000 USD for Biggy Stardust, sold at Christie’s New York in 2021. Haas Brothers has been featured in articles for Phaidon, ArtDaily and The Guardian. The most recent article is Major Contemporary Artists Design Plates to Aid Homeless in New York written for Wallpaper in November 2021.